Is Jauhar Just? Revisiting The Land Of Rani Padmawati 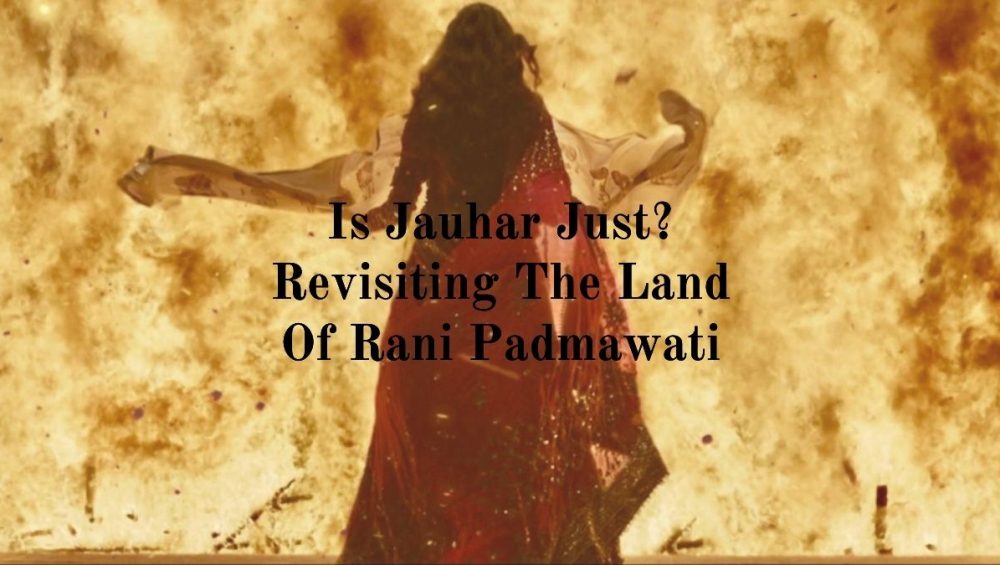 In 2018, Sanjay Leela Bhansali came out with a controversial movie – ‘Padmaavat‘. The film brought to the limelight a practice. The practice was still then, not particularly known in the rest of India. Jauhar is that practice. Jowhar or Juhar are two other names. Women and girls in north-west India followed it. They mass-immolated themselves when their men lost the battle to the opposing side. Women undertook Jauhar so that the foreign invaders would not be able to enslave and rape women. But is Jauhar just?

The geographical position of Rajasthan made it susceptible to constant invasion by foreigners. Thus the wars between Hindu Rajputs and Muslim Turko-Mongols record some of the most well-known instances of Jauhar. One such instance is the one committed in 1303 by Rani Padmavati and others in Chittorgarh. This happened because the Rajputs had lost to the Khalji dynasty. But some historians note that Jauhar did not always take place only between Hindu-Muslim wars.

People generally see it as being related to Sati or the burning of the widow on her husband’s funeral pyre. Yet the reason for the undertaking is vastly different in the two practices. A widow undertook Sati when her husband died. In Jauhar, a mass action, women undertook it during times of war to save themselves from physical violation. Properly, Jauhar is accompanied by Saka or last stand in battle. Both Hindu and Muslim historians have documented it. Hindus consider it a feat of heroism. Chittorgarh even hosts an annual Jauhar Mela to celebrate the historical act.

Chittorgarh witnessed Jauhar two other times in 1535 and 1568. Jaisalmer has also been a witness twice, once in 1295 and in 1326. Even Ranthambore had it once. The folktales of Rajasthan are filled with the brave saga of this act. But apart from Rajasthan, there have been some other parts of India too where this has happened. For example, in Karnataka, Bundelkhand, etc.

The Debate Surrounding it

The debate on whether this was a just practice or not, has still not settled. It was certainly a feat of bravery to immolate oneself in the name of protecting one’s honor. Yet many others argue something else. They feel it was indirectly forced on women in the name of virtue. From a modern viewpoint, it certainly feels archaic. But modern times have recourse to law and justice. In the olden times, the savagery of war had no solutions like these. Therefore, women had to take drastic steps like these.

Under any circumstance, the need to undertake a mass suicide is unfortunate. But this practice has complicated and layered notions of clan honor, bodily honor, oath keeping, and tradition within it. Thus a simple ‘for’ or ‘against’ is not easy on such issues. The historical practice finds documentation in oral and written literature with much sacredness. The good thing thus is that such a big sacrifice by the women has been given the respect it deserves.

The discussion around is Jauhar just will continue. Films as a means of pop culture have added a fresh interest to this topic. But it is fortunate that in today’s times’ situations like these have been erased.

Also see: A Day In The Life Of Rural Rajasthani Women – The Path Breakers Of Indian Society

Follow Rajasthan Studio on Instagram for more amazing art and travel content. Reach out to us on email at contact[at]rajasthanstudio[dot]com. This blog is curated by Rajasthan Studio and written by Aakriti Jaswant.