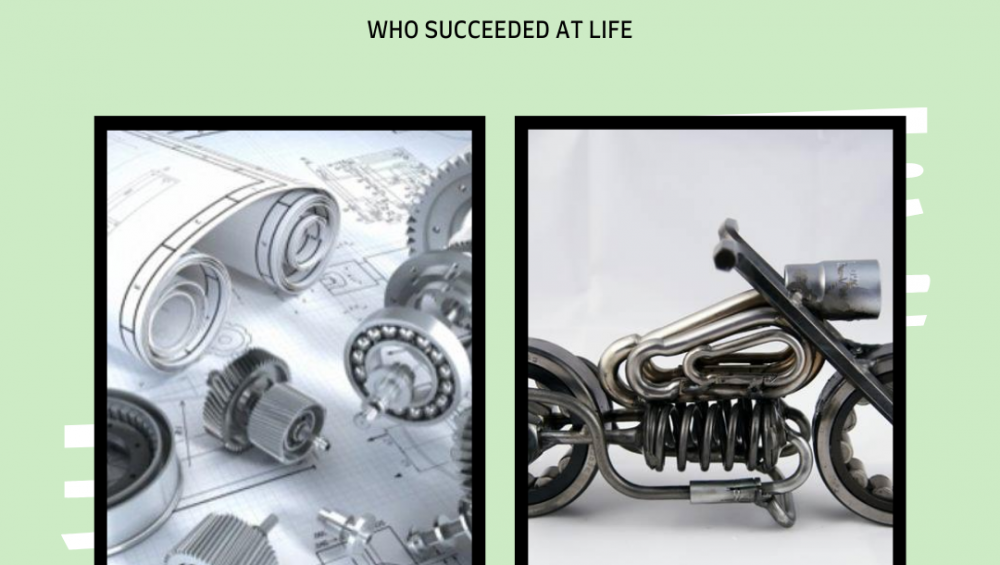 Despite, engineering being one of the most desired careers in India, there are many engineers turned artist that think the opposite. While many students take up engineering as a steady career, several others follow their passion.

A lot of people have realized their passions lie elsewhere while they were pursuing their engineering degree. We all have that one engineering friend who either dropped out of University or quit his 9-5 job to follow his passion. Well, maybe engineering does that to you! It helps you to identify your dreams and gives you strength to follow them.

Here we have a list of engineers turned artist who followed their passion and succeeded at life!

From Pavitra Rishta to Dil Bechara, the characters portrayed by Sushant has always been larger than life. He is probably one of the most popular engineers turned artist who followed his passion and achieved his dream.

Ishan Singh in Kai Po Che, Raghu Ram in Shudh Desi Romance, Sarfaraz in PK, Mahi in MS Dhoni- The untold story, Anni in Chhichhore, Lakhan Singh in Sonchiriya, Mansoor Khan in Kedarnath, Byomkesh Bakshi in Detective Byomkesh Bakshy, Immanuel Rajkumar Junior in Dil Bechara; the characters played by him have been different throughout his journey and have reflected a new contemporary perspective of the society.

We all know the glamorous side of Sushant Singh Rajput, but let’s have a look at what he was before he got into the entertainment industry. Born in Patna, capital of Bihar, he was an engineering student at Delhi Technological University but left the course at the end of his third year to pursue his acting career. His passion for acting started when he joined a local drama class and then, there was no stopping him.

However, one thing that makes him different from other engineering dropouts was that his love for science and engineering remained intact throughout his life.

Yogesh Saini is an engineer-turned-artist who beautified the streets of Delhi by splashing his colors on Delhi’s walls. He also received recognition from Prime Minister Modi regarding the same.

Saini was working in the US but returned to Delhi in 2013. He took the initiative to clean Delhi’s Lodhi colony and beautified it through the medium of street art. He holds a degree in engineering and further pursued an MBA.

One day while jogging in the Lodhi Gardens, he saw how people were neglecting their civic duty. So he came up with the idea to make the city better. He wanted to do something special for the place where he grew up; he wanted to make it more beautiful and fun. Also, he has made some amazing changes to the city with other artists and volunteers. He founded Delhi Street Art that brings together artists and volunteers to clean and design different parts of the city.

The dreary buildings and walls of the city are now colorful and vibrant. He also organised Street Art Saturdays where he partnered with New Delhi Municipal Corporation along with other artists to paint the bin. After his Lodhi colony project, people started noticing and appreciating his efforts.

She has an MS in computer engineering, but now, she is a full-time artist and curator. She did her MS in California, where she started motorcycle riding and selling her artwork. Her love for motorcycles and art is what kept her going.

“A creative career can be tough, but nothing can stop you if you have the passion” – Mallika Prakash, Moto-Art 2018.

Kriti Sanon is a talented and attractive model-turned-actress.

Her Bollywood Debut “Heropanti” with Tiger Shroff was a hit and she received an Award for Best Female Debut in Filmfare for the same. After that, she was seen in a lot of movies and was starred with some phenomenal actors.

She started her career as a model and later on made her presence in films.
Though many of us know about her Bollywood journey, it is time we figure out what Kriti was before that. She completed her B. Tech in Electronics and Communication. After completing her degree, she went on to pursue acting and is one of the most popular and successful Bollywood actresses today.

Like every other engineering student, Sharad gradually realised his passion and wanted to work for it.

But choosing art as a full-time job was a tough decision for him. He single-handedly worked on his dream and started an art-based setup “SD Fine Arts“. Over the years his team has grown and, so has his passion.
The website offers customised, hand-sketched and hand painted portraits from a varied range of art forms. He aims to introduce art in everyone’s life.

To gain hands-on knowledge on fine arts, you can click here.

Defying all the odds of life and society, these engineers turned artists by following their passion and winning at life!

Follow Rajasthan Studio on Instagram for more amazing art and travel content. Reach out to us on email at contact[at]rajasthanstudio[dot]com. This blog is curated by Rajasthan Studio and written by Deepti Parmar.