In The Grey Of Speculation And Mafia Menaces 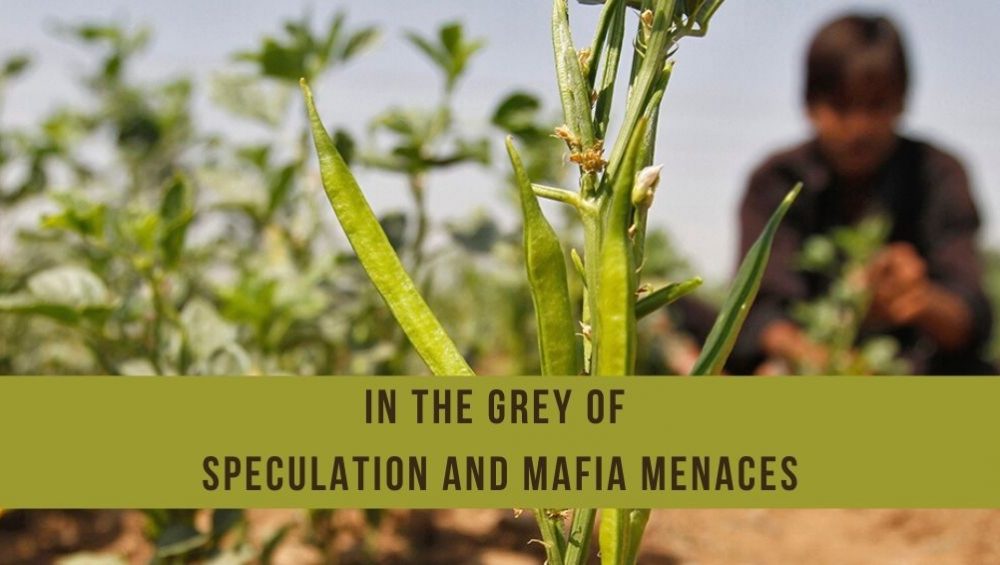 Rajasthan has been the most vibrant state in India, attracting tourists from all over the world. Its strong blend of culture, traditional handicrafts, exquisite art forms, folk music, and authentic delicacies makes it a touristy spot. No different from others, it has some grey areas as well, witnessing speculation and mafia menaces.

Speculation and mafia menaces have left imprints on the history of Rajasthan. With excessive market manipulation, the Guar trading scandal is always under scrutiny. According to Agriculture and Processed Food Products Export Development Authority (APEDA), 72 percent of the Guar seeds production comes from Rajasthan and 90 percent of Guar Gum is now exported.

Guar gum is extracted from the seeds of guar. In India, Rajasthan is the largest producer of guar seed with a production of 64.8 percent. This was due to great speculation in trading. Its usage in shale gas exploration grabbed the attention of Rajasthan traders in the progress of sowing.

In 2008, guar gum production would have been 3.3 lakh tonnes. In the preceding year, due to a prolonged dry spell in the country, the production dropped to 80,000 tonnes. After 2008, the Guar crop has seen a lot of speculation in it’s trading. These speculations mark a constant hike in prices. These manifested like the role of commodity exchanges at casinos by the speculators. And later in 2010, the production rose to 5 lakh tonnes.

During October 2012 in Jodhpur, the prices of guar gum jumped from Rs 20,000 a tonne to Rs 31,000 a tonne in a duration of just two weeks! They were also penalized for failing to collect margin money of around Rs. 2,000 crore involved in guar trading. Such rapid and unpredictable price rise and speculation inflicted the ban on further trading in guar-seeds and guar gum by Forward Markets Commission (FMC). FMC also carried out an investigation disclosing the involvement of 4490 entities making a profit of Rs. 12910 million! Many speculators and non-commercial players gained their share from guar trading by betting on strong export demand.

In January 2020, the Chief Minister of Rajasthan urged the center to eliminate the bottlenecks in the export of guar gum. He wrote a letter to the Union Commerce Minister implying that Rajasthan being a major producer of guar gum is witnessing a sharp price fall in the international market due to new replacements. These speculations and mafia menaces affect the incomes of farmers producing guar directly. As a result, there is a need to prepare a scheme for research and development of guar gum. The current rate of guar gum is Rs 60 per kg, 30 percent more than it’s low of Rs 46 per kg in April. Also, guar seed prices saw a 28 percent increase of Rs 41 per kg during the same period.

Apart from speculations, the clout of the mafia has also grown. Many Rajasthani localities wish to escape their farming life by trying their hands on odd jobs such as smuggling, extortion, dock theft, and many illegitimate practices. For quick and easy money, thousands of youngsters join the Bajri mafia. For many years, illegal sand mining in Rajasthan has turned deadly with bloodshed on both sides – both for the government and the members of bajri mafia.

According to a study conducted by Center for Science and Environment, Rajasthan has thousands of unorganized mines. The bajri mafia menace increased after killing a 50-year-old sarpanch named Raghuveer Meena of Hathdoli village in Feb 16, 2018. After this, on Jan 25, 2020, ASI Rajesh Singh was attacked by suspected Bajri mafia during the inspection of illegal activities.

The Rise of Liquor Mafia in Rajasthan

The illicit liquor trade in Rajasthan grew in the past few years. All the actions taken by police against illegal liquor went in vain according to the data released by the Rajasthan Excise Department. 1200 cases were registered every month and 800 people were arrested. Liquor mafia fools police by hiding cartons inside gypsum trucks and cattle food. In November 2018, police seized 250 cartons of illegal liquor from a truck driver and a helper in Dungarpur. Amidst lockdown, there was no halt for the liquor mafia for smuggling illegal alcohol during the pandemic.