7 Lakes In Rajasthan That You Need To Visit 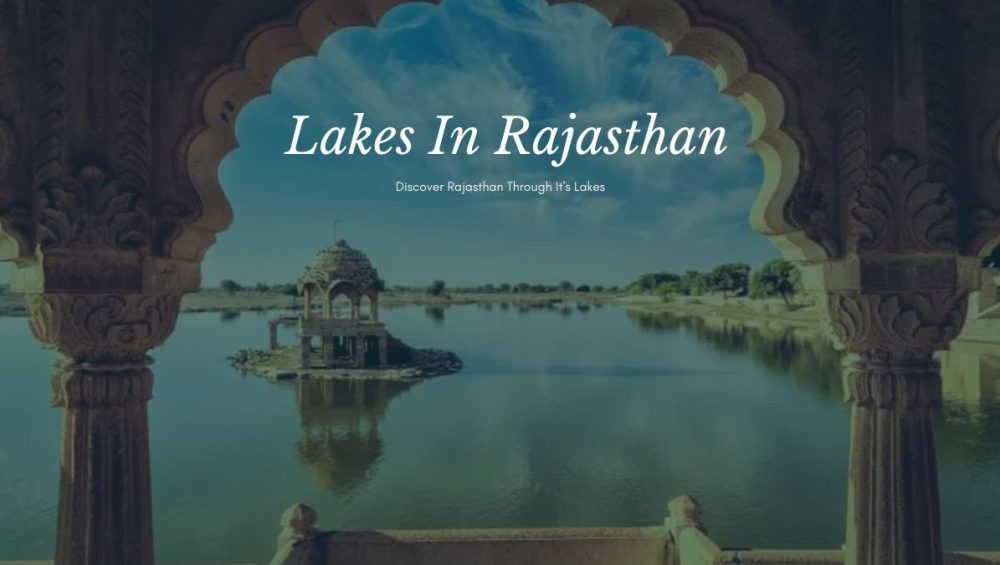 Lakes in Rajasthan often get overshadowed by the Rajathani architecture and art. The lakes are as much carriers of culture and majesty as their counterparts. Their presence is a pleasant relief from the otherwise heat of the State. While they are mostly man-made, they are just as historical. Each lake is in a beautiful landscape and romanticized by all visitors.

Let us look at some of the most beautiful lakes found in Rajasthan:

Firstly, this artificial lake (aka Bai Talab) was ordered to be constructed by the queen of Maharaval Jagmal, Lanchi Bai. Located in Banswara, it is also surrounded by flowering trees. According to local beliefs, these trees grant the wishes of the visitors. This lake holds great cultural capital for the locals since memorials of previous rulers of the state are by the lake.

Five kilometers from the bustling city of Jodhpur is the Balsamand lake. One of the most historical in the state, the last was built in 1159 AD. It was originally built as a water reservoir to prevent droughts. Now, the Balsamand Lake Palace now overlooks it and attracts the most tourists. The lake is especially breathtaking in the season of spring-when the papaya, pomegranate, mango and banana trees that perimeter it blossom.

This lake is located close to Taragarh Fort. It is in all its glory in the winter and monsoon season when the lotus flowers on the lake bloom. In addition to this, it is encircled by hills truly making it a sight to behold. The lake has a man-made fountain that looks enchanting after sunset.

Fun fact: the lake has Sukh Mahal on one of its banks. It is a small palace with terraced gardens. Author Rudyard Kipling wrote his novel ‘Kim’ at this Mahal.

Older than Balsamand lake, this lake was built in 1362 AD in Udaipur. Built by tribesman Pichhu Banjara, the lake has been changed time and again. With a backdrop of green hills and surrounded by palaces and bathing ghats this lake will give you the full Rajasthani experience! The lake can be best explored by a boat ride. The area is bustling with tourists year round.

Also in Udaipur, this lake is the second largest man-made lake in India. It was built in the 17th century AD by Rana Jai Singh. It has hilly surroundings and two palaces- the Hawa Mahal and Ruthi Rani ka Mahal. A unique feature about the Jaisamand lake is that you can explore the ornate cenotaphs with intricate carvings on the banks of the lake. The lake is also close to the Jaisamand Wildlife sanctuary. Jaisamand lake also has a dam on the Gomti River from where the lake gets its water. The steps of the dam lead to the waters of the lake.

Different from all the other lakes in Rajasthan, this is India’s largest inland salt lake. The water of this lake is saltier than even seawater! It is the largest source of salt production in India.

At this lake, you not only get to enjoy the lake, but also take part in other activities. Birdwatching, taking a safari and sightseeing are some such relaxing activities. Additionally, close to the lake are the Sambhar Wildlife Sanctuary and the Shakambari Devi Temple.

Last but not the least, this lake in Jaipur one of the most exquisite sights to behold. It is the home to the Jal Mahal and the birds that migrate to Rajasthan. The nature that surrounds this lake is just as magnificent. The lake is very clean and rests between the Nahargarh (“tiger-abode”) Hills. To protect the water and aquatic life of the lake, boating is not allowed here. There is a special designated observation point of the lake. Some birds here are the blue tailed bee-eaters, grey heron, wagtails, and so on.

On the Mansagar Lake rests the Jal Mahal. Jal Mahal is a palace in the middle of the lake and is truly an architectural showpiece. When the lake is full, four out of five stories of the Mahal are submerged in water.

In conclusion, lakes in Rajasthan are individually a sight to behold. Reservoirs of ancient cultural history, they also leave each visitor in awe. Just like the rest of the State, they are unmatchable in beauty and might. Being so ancient, the lakes are vessels of royal opulence. The majestic forts, the flora and fauna and the beautiful environment they are found attract visitors and locals alike. Don’t wait any longer to plan your own trip to these attractions and satisfy your wanderlust!