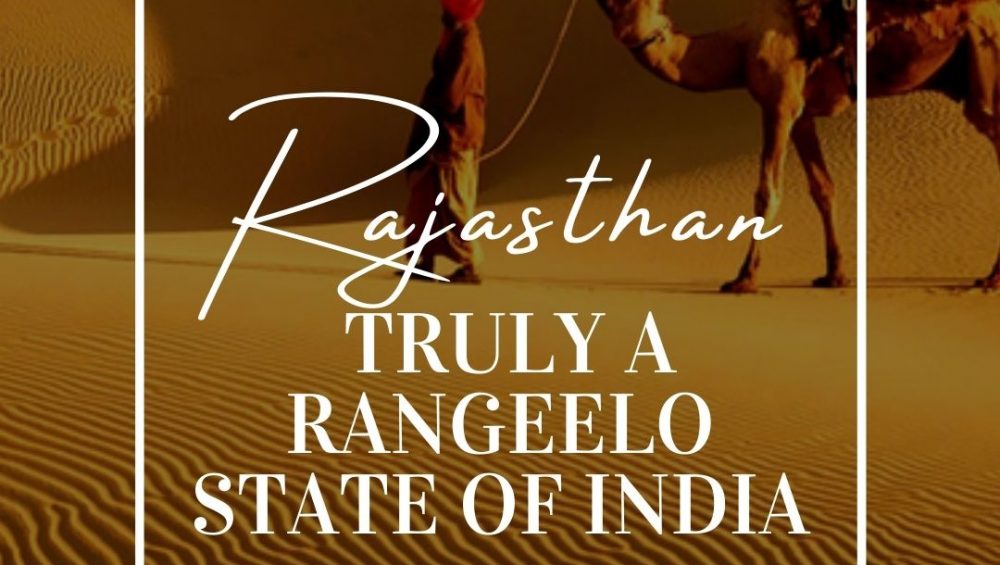 Whenever the term “Rangeelo” is mentioned, the name of the Indian state Rajasthan pops up in our mind. The culture, attire, mijaaz, atmosphere, thaat of this state is as colourful as its incredibly welcoming cities. The grand Havelis, spectacular lakes, gallant forts, rich culture, beautiful folk art wins our hearts at their best. Let’s take a tour around such Rangeelo places; as each colour-coded City of Rajasthan, has its own story to tell.

From the top of the brave Mehrangarh fort, you see this city, painted as blue as the sky. Every house in this city recalls the Brahmins’ trend of this colour-coded City of Rajasthan because they changed their homes in blue to mark the difference. But with the passing time, the whole town turned blue known as ‘Brahmpuri’, and this trend still goes on. Jodhpur is also nicknamed ‘Sun city’ because the sun rays are always shining brighter on this blue-hued city. The second reason behind this blue colour is that it keeps the houses cool even in such a hot climate and acts as an insect repellant.

Jaipur gets its name as a Pink city way back in 1876 by Lord Albert, the Prince of Whales. In that era, Maharaja Sawai Ram Singh ruled the city. When the Prince visited the town, the walled city was painted in terracotta pink because this colour resembled hospitality in that era. Some tales also suggest that the king was highly impressed by the Red Fort in Delhi and was inspired to adopt the same colour.

Not many of us have heard about Bikaner except for the famous Namkeen, especially the Bhujia. But this city is a veiled beauty. This colour-coded City of Rajasthan envelops the renowned Rat temple, the Rampuria Haveli, Junagarh Fort etc. most of the monuments are constructed with red stone making it the red colour themed place of Rajasthan.

Surrounded by tranquil Lakes, charming Havelis and captivating forts, Udaipur is among the most visited colour coordinated Rangeelo cities of Rajasthan. Udaipur has serene nicknames like the city of lakes, Kashmir of Rajasthan and White city. Most Palaces in Udaipur are in Rajput style with white Marbles. Mostly all the monuments and homes here are in white, hence deriving the name White City.

The city is located in the vast spread Thar dessert making it an adventurous place as well. The Golden City colour code came from the incredible Sand dunes and castles built by the yellow sandstones. Jaisalmer is remotely situated away from hue and cry witnessing a completely off-beat experience. You can stroll through the city adoring each well-structured building or take a desert safari in the golden landscaped heaven.

Jhalawar is lesser-known among colour-coded cities of Rajasthan. The purple City colour-code given to the town is because prominent homes painted in purple. If you are searching for a place that’s is less touristy but more to explore, Jhalawar is the city you can opt for your next trip.

Bundi has concealed its beauty at its best. The place is situated on hills and is famous for the monuments, especially its forts. There are palaces and lakes around Bundi that you can certainly visit. The secret behind the name of Bundi as Blue city is that the villagers worship Lord Krishna. Hence, the colour which is related to Lord Krishna is blue in all the holy books. Second, blue is the colour soothing the heat striking locations; it is considered as a mosquito repellent by many.

Rajasthan now occupies sixth place in the production of Oranges. Initially, Nagpur was the central productive and suitable place for Oranges, making the city known as ‘orange city’. As Kota is known as the Nagpur of Rajasthan, it is also known as the second orange city.

With each colour-themed places of Rajasthan, perhaps this state is as colourful as a rainbow. And because Rajasthan has major cities with colour names in India, is it known as a genuinely Rangeelo Rajasthan?

Also follow Rajasthan Studio on Instagram for more amazing art and travel content. Reach out to us on email at contact[at]rajasthanstudio[dot]com. This blog is curated by Rajasthan Studio and written by Pritiia Patil.