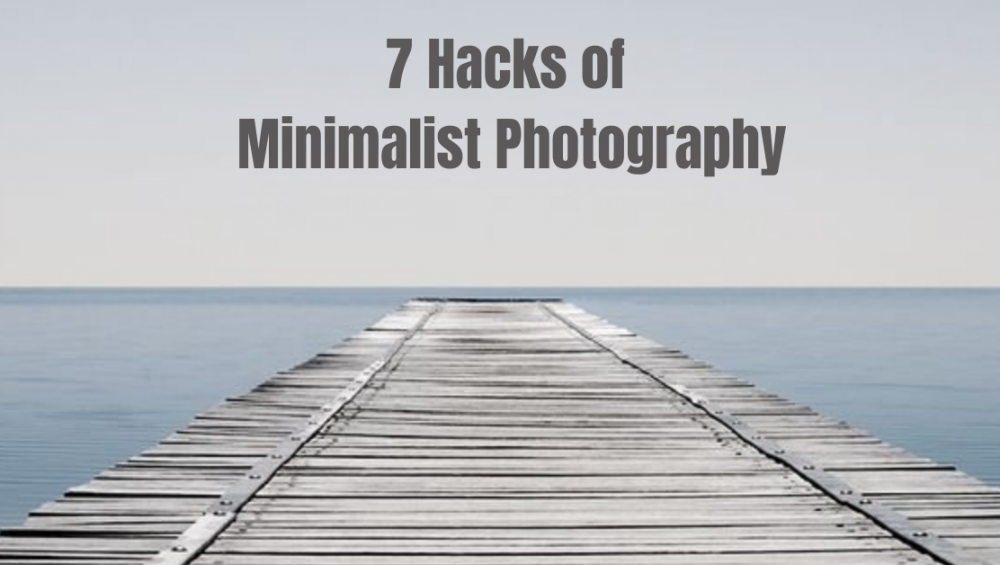 What is Minimalist Photography?

Minimalism is as subjective as the entirety of photography. What might be soulful and deep to one viewer might be perceived as lifeless or shallow to another. All minimalist photography, however, has one key characteristic: simplicity. It emphasises and focuses solely on the simplest of objects while the photographer is arranging the composition. Also focuses solely on one particular object, instead of a very busy, bright or abundant frame.

This stems from the art movement of minimalism. The movement emerged in the 1950s in the United States. The effect minimalism has on photography is that the entire composition is presented as one vast space. While this might seem bare and un-impactful like other pictures, it might give the audience the space to use their own perceptions to interpret the photography. Here we can see about the 7 hacks of Minimalist Photography.

7 Tips for Capturing a Minimalist Photography

When shooting a minimalist photograph, it is important to shoot the “cleanest” and “simplest” frame. This means giving the viewer a single object to focus on. Capturing a powerful image has a lot to do with the composition of the phonograph and minimalist photography is about finding the right balance by deciding what is necessary for the picture and what can be eliminated.

The image below is a great example of a simple minimalist photography.

Once you find an object to capture and make the centre of your focus, move around your subject to find the best angle. You might not have control over the location of your focus object but you can control the angle by moving around and making sure it gets the best light exposure.

In the image below, the top angle was the best way to capture the person as it also captures their shadow along with their footsteps.

Don’t be afraid to try out different modes in your camera, you never know what might give the best capture! Simply switch your camera to manual mode, and play around with the aperture settings. The aperture setting decides the focus of the capture. You may focus on the foreground or the background. Blurring the background will highlight the focus object even more, making it immediately capture the viewer’s focus.

The image below blurs the background.

Since minimalist photography is about achieving a strong impact with only a few visual elements, you are free to experiment with removing as many visual elements as you like. This would make the final composition more minimalistic and would not compromise on the overall quality of the image either. Distractions are adverse, so feel free to crop them out of the frame

In the image below, we can see isolation of the focus object, the window.

Make Your Own Rules

Every art form comes with a few inherent rules, for instance the certain elements that make minimalist photography distinct from other forms of photography. Technically, the only rule in minimalist photography is for the produced image to be minimalistic and simplistic. Other than that, you are free to play around with lighting, focus, colours and number of objects in the frame. Rules in art exist to get you started, after that they just become guidelines with which you can experiment and develop your own style of the art form.

In the image below, the photographer as strayed from the rules of a traditional minimalist photophargh, but still presented a truly minimalism.

In the image below, the space around the cloud and blue sky is the negative space.

Don’t be Afraid to Incorporate Colour

The first characteristics that come to people’s minds when they hear about minimalist photography are often “dull” and “shallow”. But since the whole minimalist movement relies on keeping things simple, the one area you can really bring the oomph factor is through colour. Despite your photograph being simple, the bright colours will set your photograph apart from other pictures by being exceptionally eye-catching and attractive. If your original composition does not have that many bright colours, you can always edit the picture and increase the saturation.

In the image below, we can see elements of colours and minimalism co-existing.

Our minimalist photography masterclass is a two hour class with Prakash Ghai in Jaipur. He is a global curator of minimalism, and spreads the movement through his #LearnMinimalism on Instagram that has accumulated about 5 million photos from around the world.

As part of the workshop, you will get a live demonstration of the entire process from capturing to processing and get to have a one-on-one chat with him and get a new perspective on the world around you.

Now that you have got an understanding of these easy hacks of minimalist photography. Feel free to experiment with each hack to produce your own minimalist masterpieces. You may use either one hack per photograph, or all! The only thing that will make you progress in your photography. It is experimenting with your focus object, backgrounds, camera settings and even editing apps.

Also check out the how Miniature paintings are originated? – Click here.