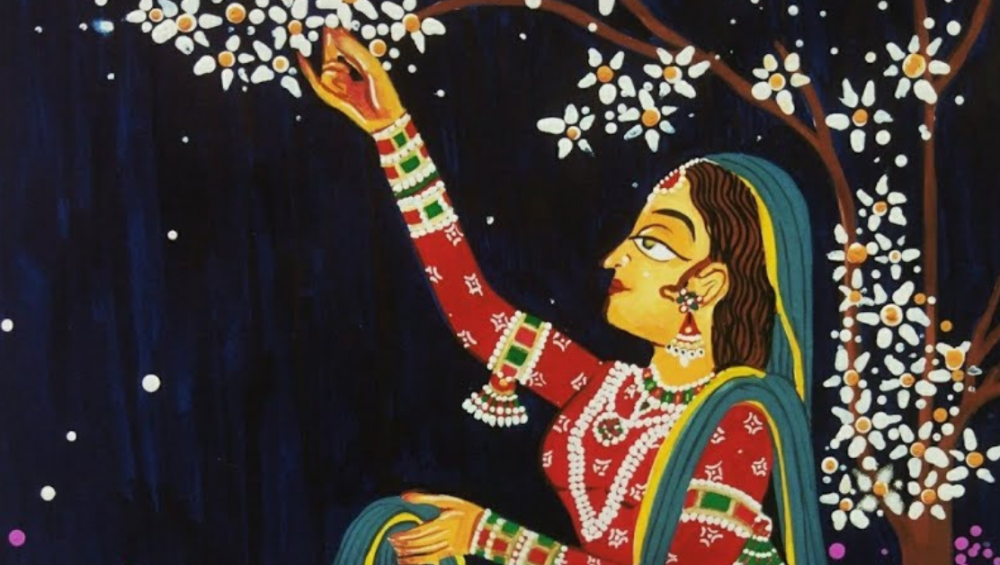 The origins of miniature paintings in India date back to the 9th century. But they reached their pinnacle during the Mughal era in India. Artists from Rajasthan, Mewad, and other locations are now carrying on the heritage of these paintings. Here are some facts about miniature painting artform.

History of Miniature Painting In India

The origin of miniature painting goes back to the cave paintings on the Bhimbetka rock shelter are roughly 30,000 years old and represent prehistoric art. Animals, early indications of dance, and hunting are among the themes shown in these cave paintings. As a result, we may argue that paintings in India date back to the Neolithic period. Then humans develop their own style of painting, as evidenced in Ajanta Cave Painting (2nd Century BC to 5th Century AD) and Madhya Pradesh’s Bagh Caves.

The Pala School, which dates back to the eighth century A.D., is responsible for the first Indian miniature paintings. They were originally painted on leaves, but with the invention of paper in the 12th century. Then the painters began to create these works on paper.

During the 17th century A.D., the Orissa School of miniature painting arose. Despite the fact that paper was widely used in India during the 17th century, the Orissa School of miniature paintings kept to its tradition of displaying this sophisticated art form on palm leaves. The majority of the paintings featured Radha and Krishna’s love story, as well as stories from ‘Krishna Leela’ and ‘Gita Govinda.’

If you’re interested in learning more about the art of Miniature paintings. Rajasthan Studio has curated masterclasses with painters who are trying to keep this majestic art form alive.

Miniature paintings depict a miniature universe filled with royal tales and fascinating figures. Kanhaiya Sharma, a great artist who practises and preaches miniature art to each and everyone, lives in Udaipur. Immerse yourself in his studio and learn more about the art-making process as he discusses his background, lineage, and meaning of miniature painting. Take home a memento and lifelong memories.

Padam Shree, Syed Shakir Ali of Jaipur is a well-known miniature painter who works in the Mughal style. He has been experimenting with new innovations over the past few years. And has begun working in modern miniature and contemporary art, where he continues to use the miniature technique. His workshop is beautiful and exquisite, containing miniature masterpieces from the Mughal and Persian dynasties. Take part in this one-of-a-kind art event that is rich in culture. Take home a keepsake and memories that will last a lifetime.

The Rajasthani Miniature Painting/Art Style rose to prominence as a result of its exquisite depictions of royal life and mythical tales. Hence which were primarily done with fine squirrel hair brushes. Master artist Asharam Meghwal has received the prestigious National Award for his unrivalled contribution to the art form. He knows how to hold paintbrushes in 12 different ways. He enjoys teaching new painters how to enhance their skills in less time.

Rajasthan’s history and folktales serve as sources of inspiration for him. The National Award-winning artist maintains a modest but cosy workshop where you may immerse yourself in the arts. Miniature Paintings have long been valued in India as a major art form of a bygone period. And all of these schools of miniature painting are evidence of how important art has been in Indian society.