Bishnoi Village – A Must Visit Place for Animal Lovers 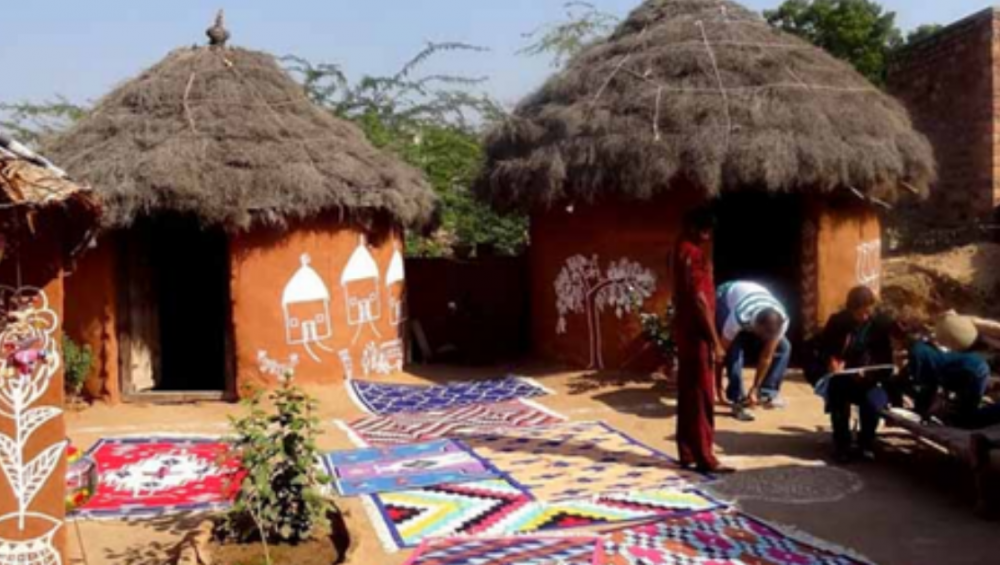 As we have previously established, Rajasthan is home to the best sightseeing spots. The blue city of Jodhpur offers just as much. One of the main tourist attractions in the city is the Bishnoi Village. Although 22kms from the city, the city houses a Hindu religious sect – the Bishnois. They get their name from Bishnoi, meaning 29, and representing the 29 principles the villagers live by. Out of these 29 principles, ten pertain to personal hygiene and good health, seven to healthy and communal social behaviour. Also four to being good devotees of God, and eight to the reservation and care towards the biosphere.

These principles teach the sect to treat the nature that is housing them with utmost respect. These principles are followed by the villagers to the T, to the point they once sacrificed their lives to save trees in their village from being cut down.

The bishnoi village area is replete with wildlife! During your time in the village, you can spot ptaridges, peacocks, the endangered Great Indian Bustard, vultures, blackbuck deers, chinkaras, and many more. Much like the minority Hindu sect, the wildlife has also found refuge in this village as the Bishnoi actively protect them from hunters and poachers for over five centuries.

Some temples in the village also double up as veterinary clinics and rescue shelters. The temple priests take care of injured animals and feed them for days till the animals can get back up on their feet. The donations made to these temples are often used to fund these purposes. An interesting aspect of wild animals living in close proximity to humans, especially those that selflessly care for their wildlife, is that their behaviour has undergone some changes. They start believing that every human being is as compassionate as a Bishnoi. Unfortunately, this puts them at tremendous risk, especially with poachers.

If you are an animal lover just like Bishnois, Bishnoi village is the perfect place for you!

The main tourist attraction this small and loving village offers is a village safari. These safaris were started all the way back in time by the Maharajas of Jodhpur to make the village inviting to outsiders by giving a glimpse of the life of the villagers. Today, the safari can be taken in jeeps or on camel backs.

Guda Village and Lake Side:

The walking paths around the Guda Lake and the smaller ponds around the Bishnoi Village area is where you would get the chance of spotting the varied wildlife like the black bucks, chinkaras, blue bulls, desert Fox, Indian Jackal, Migratory Birds, local bird species etc could be done. Lake Guda is an artificial lake, perfect as a picnic place. It is advisable you choose a guide, preferably a local, to accompany you that has a fair knowledge of the various sightings around the area. . The species of birds varies from summer to winter as they migrate nationally and internationally, but the lake remains a hosting ground throughout the year.

The Bishnois, as mentioned earlier, are an eco friendly community famous for their rich culture and are staunch worshippers of nature in all its forms specially the sanctity of plant and animal life. It is a Hindu religious sect found in the Western Thar Desert following a set of 29 principles given by Guru Jambheshwar There are an estimated ten lakh followers of the Bishnoi sect residing in large numbers in states of Rajasthan, Haryana, Punjab and Madhya Pradesh. They even pray for the green trees and animals that inhabit their land. They make every effort to conserve the environment and the natural way of life. The Bishnoi worship Lord Vishnu and are vegetarians.

For those who don’t know, block printing is making use of a carved piece of wood or any other type of wooden block with a pattern to imprint a design on fabric or paper. The craftsmen’s creativity guides them to carve the design stencils on blocks of wood which are then immersed in dyes to absorb the colour. These are then used to create patterns on fabric in an organised manner leaving spellbinding symmetry. Master craftsmen come from a community called the Chipas.

In the early days of printing, it was used to print book covers. Today the phenomenon of block printing is popularly associated with making designs on fabrics by printing on them, with the help of a block made for that purpose. Believed to have its origin in Indian, block printing has been in use around the world now for quite some time. If you make a stop to see block printing at Kankani Village, the craftsmen might sell you a carved block and if you’re lucky. They might let you take some fabric home too!

If you’re on foot, the Bishnoi community is kind enough to invite you inside their home for refreshments and respite from the hot sun. The local people generally stay in small hamlets which they call Dhani. These small huts with thatched roofs have the floors made from mud. Although which is plastered with cow dung to avoid the growth of vermin. Hence, the villagers are very keen and adamant regarding the cleanliness of their hamlets. And always keep every inch of interior neat and tidy. As they believe God will not visit their house if it is not clean. The villagers also tend to build a granary to protect their crops and food supplies especially during monsoon seasons by their Dhanis. Also, there is a sump near each hamlet where the villagers store large quantities of water to keep it hygienic and safe from getting evaporated under the sun.

Other Villages in Jodhpur you can Visit After your Trip to Bishnoi Village:

Explore the other hidden villages in Rajasthan – Click here

The best time to visit the Bishnoi Village is from October to March, in the Winter season. Therefore, the rest of the year witnesses scorching hot weather.

How to Get There:

After you’re in Jodhpur, from your flight or road trip, the village is a few hours drive.

What to do There:
The village safari is what attracts thousands to this village. You can explore the village on foot too if you wish to interact with the locals. Needless to say, try the village’s local delicacies!

It does not take a lot of convincing to take a tour of the Bishnoi village. After all this time, the Bishnoi tribe is still living the exact same way. As they were back in the 1400s when their community was formed. While their values are more intense than any other sect of Hindus, they are very welcoming of tourists. As they have great pride in the community they have built for themselves.