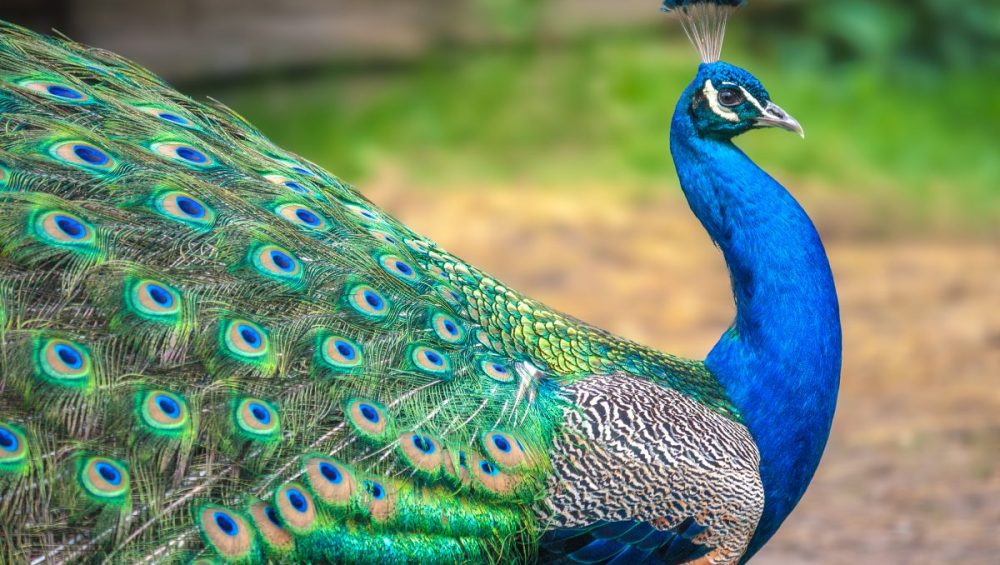 When adventure seekers go out into new places to observe and interact with local animal and plant life in their natural environments are referred to as wildlife tourism. It includes eco-tourism, safari trips, and mountain tourism, among other things. The majority of wildlife-watching tourism takes place in nature conservation sites.

Wildlife represents biodiversity, which is critical for human health and the planet’s overall well-being. Eco-Tourism helps us look at the world we live in which every macro-and microscopic, whether animal, plant or fish, has an impact on the others. Because each change to an organism’s natural environment has a dynamo effect, non-equilibrium in the ecological system as a whole puts many species’ lives in jeopardy. Humans benefit from around 40,000 species of animals, fungi, and plants. Wild plants are responsible for more than a third of our medications.

In India, Rajasthan is a  place filled with enchanting topography of its own having a gleaming desert to abundant forests, rugged rocky terrains of the Aravalis and the freshwater wetlands offering excellent environmental conditions for the survival and growth of varied wildlife. Apart from colourful traditions and customs, Rajasthan is the home to many bewildering forms of flora and fauna. One could experience Eco-Tourism through wildlife tours in Rajasthan to be face to face. Chiefly , one can see many unique and beautiful wildlife species.

Here are some of the most breathtaking National Parks & Wildlife Sanctuaries promoting Eco-tourism in Rajasthan:

The Darrah National Park has large stretches of forests that were formerly part of the Maharaja of Kota’s hunting grounds. The government officially declared wildlife sanctuary as a protected zone in 1955. Wild boar, deer, nilgai, cheetah, and wolves are among the animals that call it home. There is a very beautiful fort also within the premises of the sanctuary. The Jenna Khana of the fort is worth visiting because of its architectural beauty. The Sun Temple in Jharipatan is another destination worth visiting during a trip to Darrah National Park.

Ranthambore National Park, one of North India’s largest and most popular Eco-Tourism parks. It is also one of Rajasthan’s top wildlife tourism destinations. It is located in Rajasthan’s Sawai Madhopur region, about 180 kilometres from Jaipur. The park is considered one of India’s top wildlife reserves. Also, it is best defined as a tiger-friendly region that proudly protects India’s most famous tigers. The tigers are distinguished by distinctive markings on their bodies and governing territory. The deep foliage provides the finest circumstances for tigers to search for prey in stealth and it is the only in this Indian park one cab find mother and baby tigers in large numbers.

The Desert National Park, located near the town of Jaisalmer, is one of Rajasthan’s most significant national parks. One can see the endangered Great Indian Bustard, sand grouse, kestrels, lagging falcons, spotted eagles, tawny eagles, short-toed eagles, and also vultures species in the national park. Before visiting the park, visitors must first get a permit from the local forest department.. Other nearby sights include the Sam Sand Dunes in the Thar Desert and the Gadsisar Sagar Tank, which are home to buzzards, falcons, harriers, and eagles. The Gadsisar Sagar Tank is one of Rajasthan’s most visited tourist attractions.

The Sariska Tiger Reserve is one of Rajasthan’s most prominent national parks, located in the Alwar region of the state. The Sariska Tiger Reserve’s most appealing feature is its population of Royal Bengal Tigers. Rhesus monkeys, Hanuman langurs, hares, wild boars, chousingha or four-horned antelope, chinkara, nilgai, sambhar, golden jackals, striped hyenas, caracal, jungle cats, and leopards are among the many wild creatures that call it home.

Mount Abu wildlife sanctuary is located in Mount Abu’s Aravalli Ranges. The leopard is the top predator and other creatures include the sambar, jungle cat, tiny Indian civet, wolf, hyaena, jackal, Indian fox, common langur, wild boar, pangolin, common mongoose, Indian hare, porcupine, and hedgehog. In 1980, the authorities designated it as a wildlife reserve. The area, on the other hand, is great for sloth bears. The forest department estimates that there are roughly 550 sloth bears on Mt Abu after a census this year. Despite the fact that the Jessore Sanctuary owes it name to the sloth bear, the Mt Abu region has a bigger population of these animals.

These are the greatest among Rajasthan’s several well-known wildlife national parks and wildlife sanctuaries. The wild tracts will awake the inner explorer in you. The rare birds inhabit there and you learn about Rajasthan tourism’s hidden side. The Rajasthan Eco-tourism Development Society and the National Wildlife Board have been helpful in wildlife protection and the promotion of eco-tourism in the state by promoting community engagement. Undoubtedly, what is Rajasthan without its lovely culture?

Also follow Rajasthan Studio on Instagram for more amazing travel content. Reach out to us on email at contact[at]rajasthanstudio[dot]com. This blog is curated by Rajasthan Studio and written by Aryaki M.