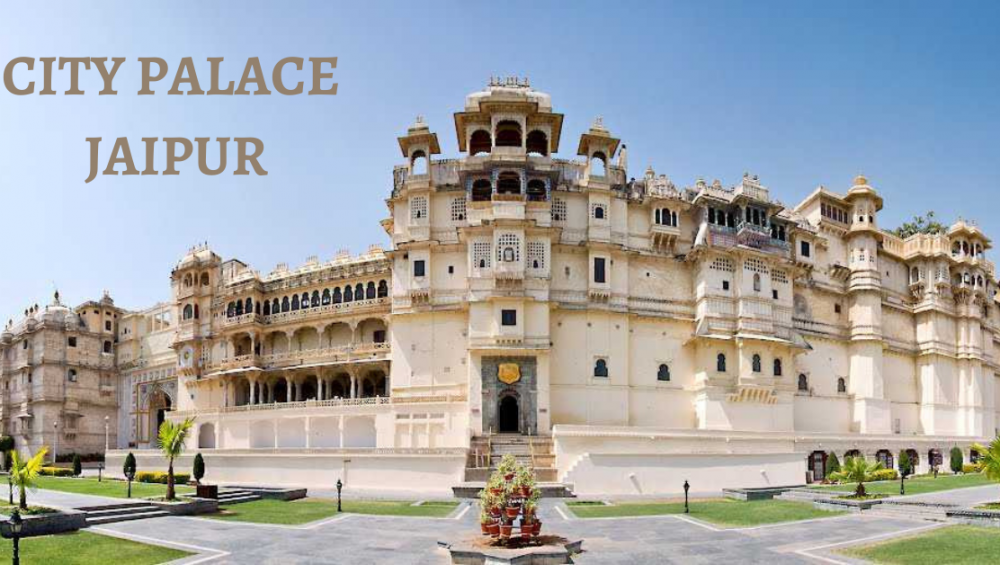 Background on the City

Jaipur, the capital of Rajasthan is also the largest city in the state. It is popularly known as the Pink City because of the dominant colour scheme throughout the city. It was founded in 1727 by Jai Singh II and was one of the earliest planned cities of modern India. The various attractions in the city such as Hawa Mahal (pictured below), Albert Hall Museum, Jal Mahal, City Palace Jaipur, Amer Fort, Jantar Mantar, Nahargarh Fort, Jaigarh Fort and many others. All these make it one of the biggest tourist attracting states in the country.

According to the widely believed legend, in 1876. The people of the city of Jaipur welcomed the Prince of Wales by painting the city pink. Maharaja Ram Singh of Jaipur believed pink to be the color of hospitality. Since then tinges of the color can be found in the sandstone all through the main city – truly making it a spectacle to marvel at.

Because the rulers of Jaipur have always been patrons of artists and craftsmen. There has always been diverse kinds of arts and crafts thriving in the city. These include, bandhani, block printing, stone carving, miniature paintings, tarkashi, zari, designing silver jewellery, ivory carving, shellac work, leather ware. And what the city is perhaps most known for – blue pottery.

Within the walled city of Jaipur is the City Palace Complex. Built by Maharaja Sawai Jai Singh II, it is a beautiful fusion of Mughal and Rajput architecture. The palace is still home to the last ruling royal family which lives in a private sector of the palace!

Maharaja Sawai Jai Singh II is credited with building most of the structures. But it was expanded upon by later rulers as well. The City Palace Complex includes the Diwan-E-Am (Hall of public audience), Diwan-E-Khas (Hall of private audience), Mubarak Mahal (the palace of reception) and the Maharani’s Palace (the palace of the queen). Mubarak Mahal now houses the Maharaja Sawai Man Singh II Museum. And it displays a vast and unique collection of royal costumes. The clothes of Maharaja Sawai Madho Singh I are also on display. The Maharani’s Palace, surprisingly, has an interesting display of very well-preserved Rajput weaponry. Other than the arms, the palace is adorned with beautiful paintings on the ceiling that are well-maintained.

The original structure of City Palace was built by Maharaja Jai Singh II who started with the outer wall. Over the decades since then, buildings and courtyards were added to the premises and so all the structures inside the palace bear a different timestamp.

Built out of red and pink sandstone, this palace has vast courtyards surrounded by several arched smaller palaces. These small palaces have now been converted into museums and tourists can move around the palace either on their own or take a guided tour. At several places inside City Palace, especially as you move from one courtyard to the other. You will see relics of the past like cannons and tall sculptures that catch your eye and make you stop to capture the image. Do not forget to admire the breathtaking structure of the palace as soon as you enter the main gate.

Places to note at the City Palace Jaipur:

The City Palace is a landmark in Jaipur and is also a very popular tourist hotspot. Apart from the regal architecture, the palace offers a stunning view of the Pink City and also an insight into the rich heritage of a bygone era. The City Palace is a must-see while sightseeing in Jaipur. Here is some more trivia:

The puppetry of Rajasthan is more than thousand years old. It has been said only, no evidenece are written anywhere. Mainly the ‘Bhat‘ community practices this art termed ‘Kathputli’ (‘Kath’ meaning wood and ‘Putli’ meaning doll). Rajasthan puppets have their own unique specialty. Approximately 30cm in height, they are carved out of a single piece of wood. The headgear is also carved out at the same time. They have elongated, stylized eyes. Their faces are usually painted yellow, except the ones to denote foreigners which are painted white.

Check out the Puppet making Workshops

Puppeteers manipulate the puppets with a whistling, squeaking voice and are interpreted by a narrator who also provides the rhythms. The puppets have no legs and movements are free. They are draped in long trailing skirts and articulated so skillfully as to suggest movement of legs inside. The garments are designed to resemble the mediaeval Rajasthani attire.

The name ‘blue pottery’ comes from the eye-catching cobalt blue dye used to colour the pottery. Jaipur blue pottery, made out of a similar frit material to faience, is glazed and low-fired. No clay is used: the ‘dough’ for the pottery is prepared by mixing quartz stone powder, powdered glass, Multani Mitti (Fuller’s Earth), borax, gum and water. These two things make it unique. Some of this pottery is semi-transparent and mostly decorated with bird and other animal motifs. Being fired at a very low temperature makes them fragile. The range of items is primarily decorative, such as ashtrays, vases, coasters, small bowls and boxes for trinkets.

The peculiar art of Meenakari, also known as Mina Kari, involves decorating or adorning numerous types of metals with vibrant colours in dynamic designs of birds, flora, and plants.

At our Meenakari masterclass, you will learn from Jaswant Kumar Meenakar. Meenakari work originated in Persia and was later introduced in India through the Mughals. However, over the course of time, it has been frequently associated with the culturally vibrant state of Rajasthan. From the bylanes of the old Pink City (old Jaipur city), we bring to you Master artist Jaswant Kumar Meenakar for whom the art of enamelling is a tradition that has been running in the family for over 450 years now.

Therefore, experience the 500-year-old art of Meenakari with the master artist Mr. Jaswant Kumar Meenakar who has showcased his talent across Asia and the United States. Having a rich experience of 55 years, his outstanding work has taken him places and he has brought many prestigious titles home-like National & State Merit Awards!

Also follow Rajasthan Studio on Instagram for more amazing travel content. Reach out to us on email at contact[at]rajasthanstudio[dot]com. This blog is curated by Rajasthan Studio and written by Samira sarin.