10 Most Fascinating Temples Of Rajasthan 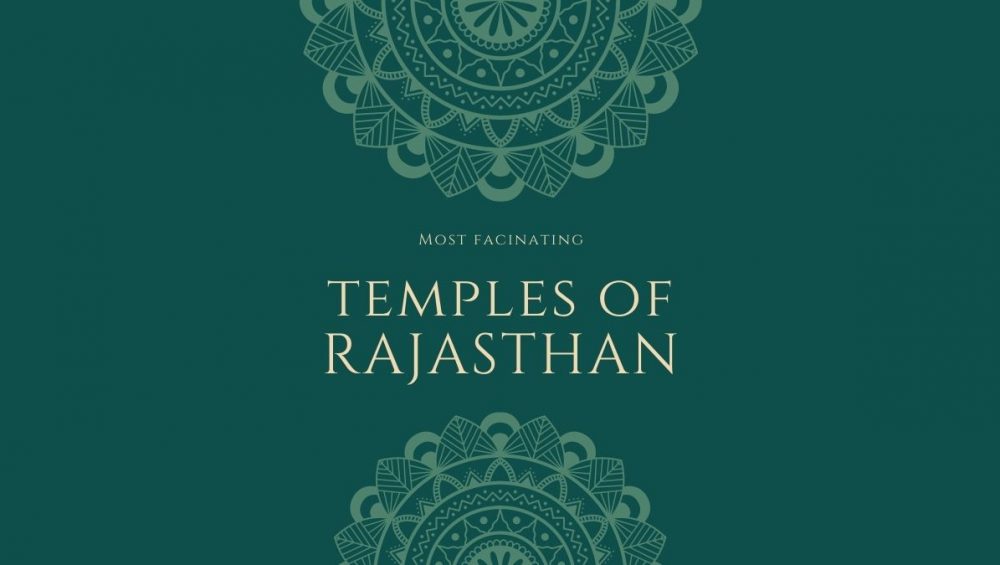 Since the beginning of time, temples are the centre of cultural development for any region. Temples are also the cynosure of profound art, architecture and literature of that era, and home to rich mythological stories which have passed on from generations to generation! In the modern era, these temples then uphold timeless vibrant traditions in their own unique style. Let’s explore the 10 fascinating temples of Rajasthan that have echoed through the catalogues of every traveler:

(The Khajuraho of Mewar!)

Dedicated to Goddess Ambika, this temple was built around 961 AD. Older the temple, richer is its glory; Ambika Mata Temple is also one of the prime attractions of tourists in Mewar. More than the spellbinding architecture, this temple is famous for its timeless carvings & sculptures.

Trivia: The style of this temple is completely unique and new to this region which makes Ambika Mata Temple one of its kind.

(Home to the sacred mischiefs!)

Monkeys and mischief often go hand in hand, but not at Jaipur’s Galtaji Temple. Located in the pristine mountains of Aravalli, this marvelous temple of Rajasthan is often dominated by monkeys – the devotees of Lord Hanuman. Small ‘kunds’ have been constructed inside the temple to give it a ravishing yet devotional look.

Trivia: The Galtaji temple is indeed a collection of different temples located on the hilltop of the Aravalli ranges.

Prime Attraction: Festival of Makar Sankranti is celebrated widely as a part of the temple’s annual fairs.

(A shinning locus amidst the soothing Amer hills)

Shila Mata Temple is an architectural grandeur! A beautiful blend of Mughal & Rajput construction. Dedicated to Goddess Shila Mata, this temple on the principles of vastu and thus it constantly radiates positivity attracting tourists on large scale.

Trivia: The graceful idol of Goddess Shila Mata was retrieved from Jessore, Bangladesh in 1604 by Maharaja Mansingh.

(The royal deity of Mewar!)

Lord Shiva rests with pride and valour in the sanctum of Shri Eklingji Temple. Built in the 8th Century CE, this devotional centre has attracted a large number of pilgrims and tourists from all parts of the world. One can clearly see the dominance of traditional Indian architecture and carvings.

Trivia: This timeless epitome of artistry bathed in the glory of royal poojas & traditions is more than 1300 years old!

(A temple designed by God himself!)

Trivia: The temple endorses more than 1400 carved pillars and covers a significant area of 48,000 sq. ft.

Prime Attraction: The uniquely constructed idol of four-faced Tirthankaras symbolize their quest for exploring the cosmos!

(The temple where rats decide the destiny of every pilgrim!)

Karni Mata Temple dates back to the 15th Century and dedicated to a popular religious personality – Karni Mata. It is believed that due to her mystical vision, the village gained popularity and prospered all the way! Karni Mata Temple is also located in Mathania, Deshnoke, Udaipur & Alwar.

Trivia: Karni Mata is an incarnation of Goddess Durga.

Prime Attraction: The temple is dominated by 20,000 rats which surprisingly are very friendly and pose no harm to humans.

(Against the stereotypes of Indian mythology!)

A small town Pushkar in Rajasthan is the only town to have the temple of God Brahma in the entire country. God Brahma was cursed to have any temple dedicated to him, even though the Brahma Temple receives a great response from pilgrims even today.

Trivia: Brahma Temple is located between the temples of Savitri (his wife) and Gayatri (other consort of Brahma).

Prime Attraction: The only temple dedicated to Lord Brahma.

(The epitome of religious unison!)

(The story of two Gods!)

Mythology says that Lord Parshuram constructed this cave with his legendary axe to worship Lord Shiva. The pilgrimage is indeed a trek towards attaining divinity. Its importance and popularity has gained the temple the title of ‘Amarnath of Rajasthan’

(Evil stands no chance to flourish!)

Mehandipur Balaji Temple is a must-visit for every staunch devotee of Lord Hanuman. People also firmly believe that the priests in this temple can perform an exorcism and often visit this place to reclaim themselves from the clutches of evil spirits.

Trivia: Priests and saints carry out the ritual of healing one’s soul inside the temple. Exorcism does take place here.

Prime Attraction: Chaitra Pournima, Ashwin Pournima and Hanuman Jayanti are the popular festivals of this temple.

Rajasthan might be the state of royal Rajputs and magnificent forts, but there is soft devotional aspect of the largest state of India which remains unseen by tourists. The given listicle sheds a light on 10 temples of Rajasthan which will evoke positivity and radiance in your busy lifestyle.

Also follow Rajasthan Studio on Instagram for more amazing art and travel content. Reach out to us on email at contact[at]rajasthanstudio[dot]com. This blog is curated and written by Rajasthan Studio.