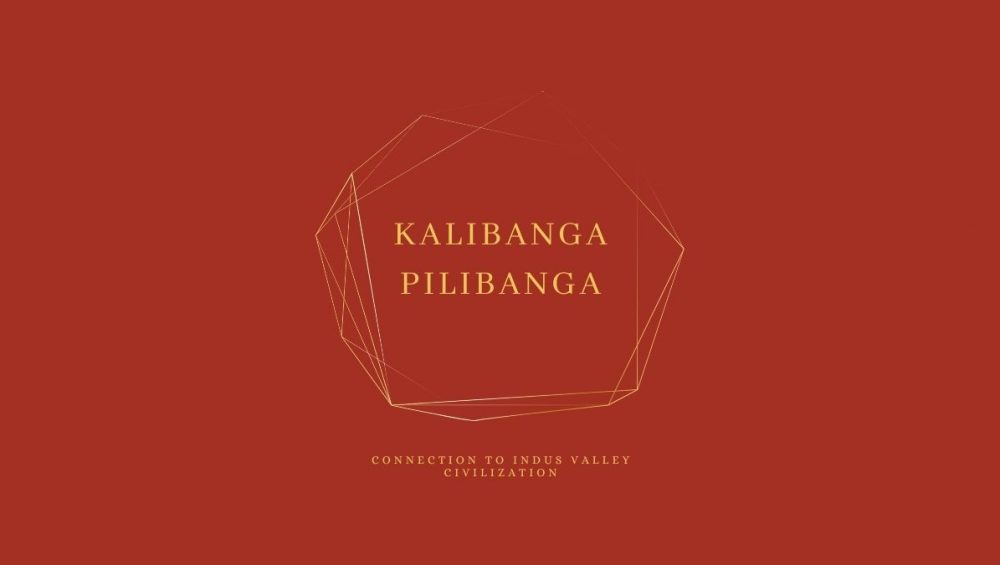 Kalibanga is a small community town located in Tehsil Pilibanga of Rajasthan. It is a division of the Indus Valley Civilization (also known as Kalibanga Pilibanga). This site was first identified by an Italian linguist and Indologist Luigi Pio Tessitori while he was researching ancient Indian texts and found the character ruins of the area. Kalibanga was then a part of the Harappan Civilization.

The area was marked for excavation in 1952 by Amlānand Ghosh, the Director General of Archaeological Survey of India at the time. The archaeological excavation took about 9 years to complete. The Kalibanga ruins located in Pilibanga were from the Pre-Harappan & Harappan Period. Here’s a little more insight into Kalibanga Pilibanga:

Description of the Site

At Kalibanga, two ancient mounds were found in the area. One belonged to the Pre-Harappan period while the other belonged to the Harappan period. The Pre-Harappan site was built into a secured parallelogram with a wall made of mud bricks. The houses contained within this mound were also made of mud bricks. The Harappan site was designed like a metropolis and comprised of a grid layout.

The town planning of Kalibanga was divided into two prime structural patterns. The first one was the citadel while the other was a lower city (on the west and east respectively). The citadel architecture looked like a fortified parallelogram. It comprised of two parts with different patterns and a wall of about 2 meters in thickness. The city situated in the lower part was also secured within a wall. The housing in this area used baked bricks and mud bricks. The town planning here reflected the Harappa and Mohenjo-Daro.

Just like town planning, the housing in Kalibanga was also fortified. Every house had a courtyard and about 7 rooms. Some houses in the area also had water wells. Bathing platforms, drains and wells were of burnt bricks.

During the excavations, it was found that Kalibanga had evidence of one of the earliest ploughed agricultural fields. The fields had a cross-grid of furrows ploughed for irrigation on the area right ahead of the citadel wall. The pattern of this ploughed field is something that is practiced to this day as well, primarily for mustard. The ploughed field was preserved after excavation by refilling it.

Pottery was one prominent part of the Kalibangan phase and was mainly classified into six different types of fabrics identified as A, B, C, D, E and F. The pottery fabric A comprised of light-black designs with white lines. Some popular art on them were semicircles, flowers, leaves, trees and lines. Fabric B in pottery also had a much better finishing than fabric A with a rough lower part. Fabric C and D were differentiated with slanted lines and fine polish. Other fabrics were of light and grey colors.

Terracotta is another fine pottery found in Kalibanga. It mirrored the pottery similar to Hakra ware and Indus Valley Civilization.

Three main burial systems were found in Kalibanga. Among which oval or rectangular pits were for dead people. After the burial of the corpse, the pits were full with mud. The other two burial systems included burials of pots, shells, and other items like funerary objects.

One of the prominent ancient cultures of Kalibanga was fire worship since fire altars found in the area. Parts of the citadel contained raised platforms constructed of mud bricks. Oval fire pits with a sacrificial post were also found along with sacrificial terracotta. There were ample houses in Kalibanga that also consisted of these fire altars. Since Kalibanga did not show any evidence of worship of a mother goddess, it can be quite possible that certain rituals were performed that involved the worship of fire. A couple of fire altars in the area also had remains of animals; hence animal sacrifice might also be a norm of the time.

According to the archeological and hydrological studies, it is concluded that Kalibanga Pilibanga was abandoned. It came to an end because of the drying up of the Sarasvati River. This was around 2650 BCE.

Kalibanga or Kalibangan is located in the town of Pilibanga which between Hanumangarh and Suratgarh in the Hanumangarh District of Rajasthan. The area is popular for its name which means ‘Black Bangles’ when translated to Hindi.

Follow Rajasthan Studio on Instagram for more amazing travel content. Reach out to us on email at contact[at]rajasthanstudio[dot]com. This blog is curated by Rajasthan Studio and written by Romana Shaikh.