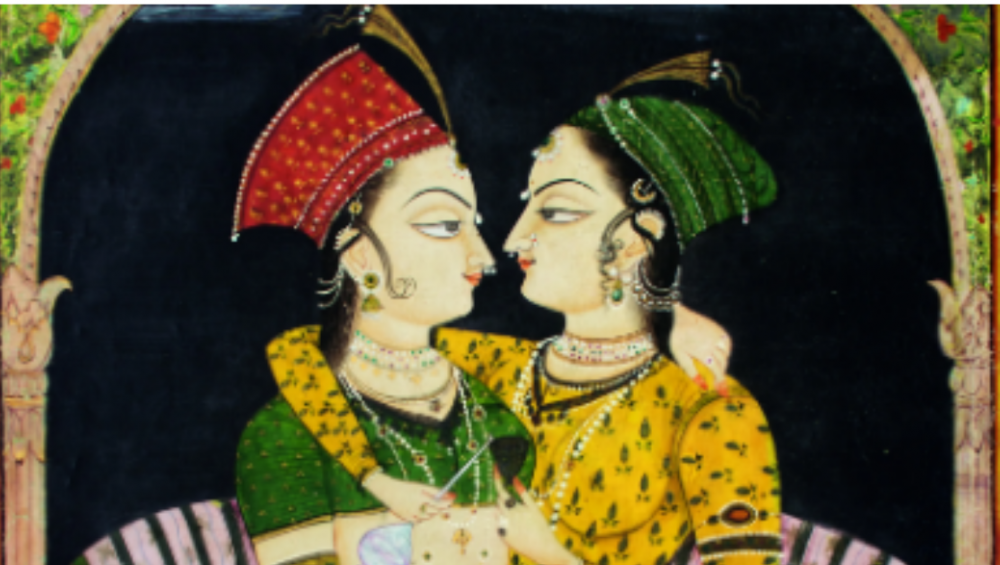 An Introduction of Miniature Paintings

Introduced to the country all the way from Persia by the Mughals during their reign. These originated in the 16th century. The art school of miniature paintings is known for its incredibly intricate line work. And bright colours that result in an enchanting visual. In Rajasthan, this art form would be commissioned by Rajput kinds to preserve the visuals of royal festivities thrown by them. Over time, seven schools of miniature painting developed. In which we are going to explore below with popular paintings they produced as their visual examples:

Dating back to the 8th century, this school places emphasis on symbolic use of colours. A characteristic of this school is the Buddhist Tantric ritual themes and would often be painted on palm leaves. A number of concepts, styles and varieties of colours are used to paint a single painting. Because this school popularly portrayed Buddhism and tantric themes. This school was later expanded out of India to become extremely popular even in Sri Lanka, Nepal, Burma and Tibet. A recognisable feature of this school are noticeable variations of pressure of the natural colours used to paint.

Also a school that placed great emphasis on religion, this school was founded in the 11th century. What set these apart from other schools was the distinguished heavy golden outlines. Another aspect was the large eyes, pointy noses and square hands on the figures. Since this school laid great emphasis on religion, the figures or scenes in these schools were often accompanied with religious texts. However, which would characteristically make the Jain miniature paintings very text heavy. Perhaps it was because of this reason that this school was the first school to shift from palm leaves to paper.

This school flourished in the 16th century under the reign of Akbar who especially was an advocate for the arts. The Mughal school could almost be described as an amalgamation of the Indian and Persian schools of miniature paintings. Paintings of this school looked dainty with their influence of nature and fine delicate paint strokes. In addition to portraiture, these paintings generally depicted scenes from the royal court, battles, hunting expeditions and wildlife in the kingdom. Hence, with each change in the Mughal emperor, the style of the Mughal miniature paintings changed.

Under Aurangzeb, the Mughal style of miniature paintings declined and this gave rise to the Rajasthan school. Depending on the region, this school has various sub-schools too like the Mewar School, Dhundar School, Kullu School, among others. This school was also all things royal. Themes of each of the sub-schools, too, revolved around the kings and their royal life. This school produced perhaps the most vibrant miniature paintings. Although with bold backgrounds and natural colours for each part of the painting. Therefore, the unique characteristic of this school was that it used precious. And also semi-precious jewels to add to the intricate details of the painting. These stones were often used to make the borders of the paintings too. While these were also drawn on paper, to add more pizzaz to the painting. Sometimes the artists would paint on canvases made from ivory and silk!

Inspired from Mughal and Rajasthani paintings, the hilly kingdoms of North Western India developed their own school. This school, too, had various sub-schools like the Guler School, Basohli School, Chamba School, etc. Each sub-school had a distinct style, but a common feature of these schools was painting the scenic beauty of the Himalayas in the background of most of their paintings. The Mughal influence of this school was the delicate brush stroke. And the Rajasthani influence was the heavily adorned hand painted frame around each miniature painting.

This school came into existence during the 17th century. Most paintings were focused on Lord Krishna and his playful pastimes from his time on Earth. These playful pastimes are lovingly called ‘Krishna Leela’ by his devotees. In attempts to bring his personality onto the canvas, rich bright colours were used. However, the brush strokes in the Orissa school are the boldest in comparison to all other schools of miniature painting. Majestic landscapes of Eastern India would often be found in the background of these paintings of Krishna and his love Radha. Therefore, these paintings were often only done on palm leaves.

This school is the most recent one and emerged from South India – namely from Hyderabad, Tanjore and Golconda. Hence, this school emerged in the 19th century. In the miniature paintings of this school you can notice influences from Ottoman, Iranian and Persian cultures. This was the school where female figures first started being painted as sensuous. They were painted with large eyes, tall foreheads, beautiful faces and a curvy figure. Overall, intense colours were used for all parts of the paintings. Red and orange were colours that were staple in each miniature painting of the Deccan School. Symmetry also was a characteristic as each aspect of the paintings were drawn to scale and were carefully measured and symmetrical.

We can say that the culture and tradition of paintings in India spans across thousands of years. The murals of Ajant and Ellora Caves, Buddhist Manuscripts and the Pala and Jain schools of miniature paintings are testament to the fact. It has always been a way Indians have found a way to express themselves and, because cameras had not been invented yet, keep memory of events – both royal and local. All schools of miniature paintings have distinct characteristics that set them apart from other schools but were in whole influenced by religion and faith. These paintings have significant conveyors of the history of the eras that have now left us.