Why is the Elephant Festival of Jaipur so Interesting? 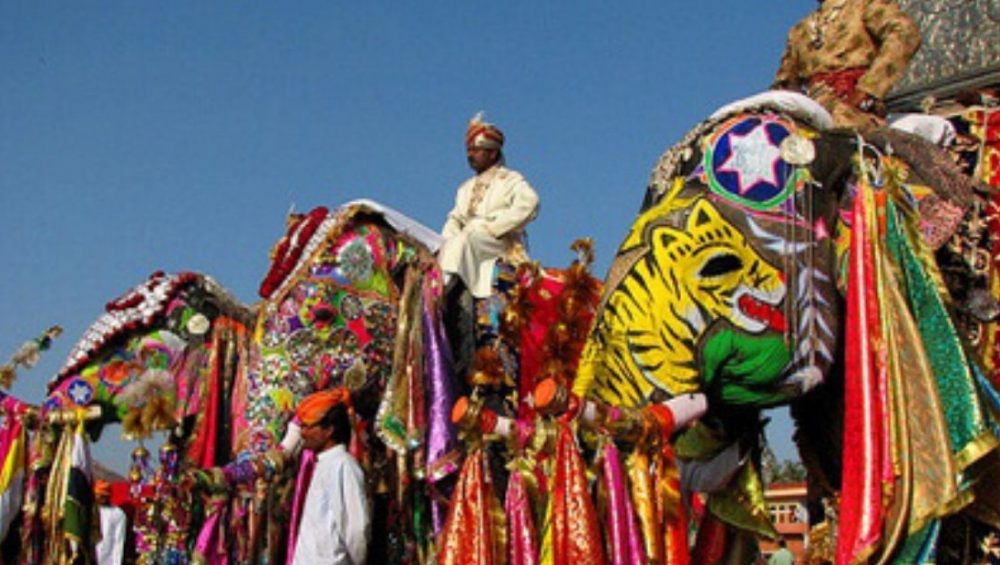 Rajasthan is a city known for its rich culture and entertaining festivals. The Elephant Festival of Rajasthan is among the most prominent carnivals that attract tourists from across the globe to the Pink City. It is held on the day of the Holi festival and usually falls in February or March. The prime reason for this fete being an attraction is because of the various events held throughout. The annual elephant festival takes place in the Jaipur Polo Ground, where various games are conducted.

Here’s everything you need to know about the elephant festival of Jaipur:

1. It Begins with a Lovely Parade

The elephant festival commences with a splendid parade where elephants, horses, and camels wear embellishments of heavy jewelry, embroidered velvet rugs, colorful clothing, and a lot more. The mahouts paint the bodies of the elephants. They also jewel up their tusks with bracelets and rings. Brocade scarves and ear danglers are the adornments used for the elephant’s ears.

The female elephants are adorned with anklets that jingle throughout the walk.

2. You Get to Witness a Musical Extravaganza

While the parade proceeds, it is accompanied by performances using traditional musical instruments. The beat of nagadas and blows from the bankiya create a magical atmosphere. Furthermore, folk dance performances in traditional Rajasthani attire make the parade a musical and cultural extravaganza – a must for first-time visitors!

3. Games are the Main Allure of the Annual Elephant Festival

The numerous games played at the Jaipur Polo Ground are the charms of this local festival in Jaipur. Among various games, the most popular ones are elephant polo and elephant race. The tug of war features one elephant against 19 women and men. Another event you must not miss is the exceptional elephant dance.

Live dance and musical performances by local artists are the other major attractions. Other attractions include palanquins, chariots, and lancers on horses.

4. Indulge in Two Prominent Festivals Together

Jaipur celebrates Elephant festival and Holi together. Hence, you get the best of both worlds when you attend this carnival. You can immerse yourself in the colors of Holi and enjoy an ostentatious festival together. A great catch here is to dress up in the traditional Rajasthani attire and wear vibrant colors to bring in all the feels.

The elephant festival of Rajasthan became a centre of attraction because of Hindu mythology. While gods and demons searched the ocean to become eternal, they found navratnas. Because of these navratna jewels, the elephant reappeared. Hence, elephant is a precious and divine animal. Moreover, devotees worship Lord Ganesha in different parts of India. Therefore, elephants are of great significance in Indian culture.

The festival has become a major source of tourist attraction in the state of Rajasthan. People from different corners of India and International countries visit the Pink City only to spectate this event.

Due to all these reasons, this local festival in Jaipur is an unforgettable experience for everyone. The visitors as well as local citizens of the city revel in this charming carnival. The grandeur of the Elephant Festival of Jaipur will enthral you and give you an experience like no other. Make sure you add it to your bucket list and visit Jaipur during this festival for a truly unforgettable experience.

Also follow Rajasthan Studio on Instagram for more amazing art and travel content. Reach out to us on email at contact[at]rajasthanstudio[dot]com. This blog is curated by Rajasthan Studio and written by Romana Shaikh.