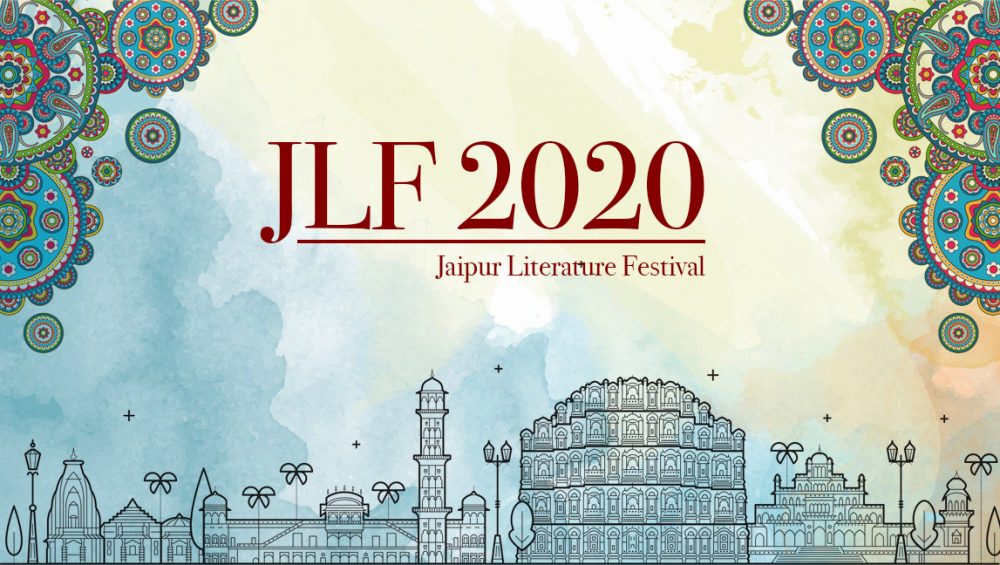 As the world’s best writers, academicians and speakers assemble at the world-renown JLF 2020, Rajasthan Studio highly recommends to not miss out on the following :-

The Nobel Laureate Economist Abhijit V. Banerjee, will be returning to JLF after eight years and will keep his focus on the world’s poorest, arguing that the economics of poverty gets mistaken for poor economics. He will bring with him years of research that he did through the Abdul Latif Jameel Poverty Action Lab founded by him in 2003, making the case of how to alleviate poverty via economics.

2. Of the People, By the People: The Indian Constitution: Navin Chawla, Madhav Khosla and Margaret Alva in conversation with Saif Mahmood

On the stroke of the 70th anniversary of the adoption of the Indian Constitution that came into force on January 26, 1950, the origins of the Constitution of India and Its democratic values, as well as challenges it faces now, will be discussed. The abrogation of Article 370 and the passing of the new citizenship law makes the topic even more relevant. The speakers include former Chief Election Commissioner Navin Chawla, Madhav Khosla and politician Margaret Alva.

Climate change is a hot burning issue, as signified by the current Australian Bush-Fire crisis, rise in sea levels and global temperature increase. Client Earth is a US-based environmental law firm which has taken several big polluters across the world to the court. The founder of Client Earth, James Thornton with his partner and author Martin Goodman have co-written a book of the same title. The book contains many cases from around the world of citizens using public interest laws to protect and preserve the planet.

Acclaimed filmmaker Vishal Bhardwaj sits down with Shakespearean and Harvard University Professor Stephen Jay Greenblatt, who won a Pulitzer for The Swerve: How The World Became Modern, about the origins of the renaissance at the JLF 2020.

5. BOLNA HI HAI: WHAT MUST BE SAID : Ravish Kumar in conversation with Nilanjana S. Roy

One of the most popular and relevant Hindi journalists of our times, recently awarded the Ramon Magsaysay Award, Ravish Kumar, will share his thoughts on the importance of speaking up, and telling the truth to power.

6. From Eat, Pray, Love to City of Girls: Elizabeth Gilbert in conversation with Alexandra Pringle

Elizabeth Gilbert is the number one bestselling author of Eat Pray Love, which has sold over 15 million copies worldwide and been translated into over 46 languages, and several other international bestselling books of fiction and non-fiction. Her story collection Pilgrims was a finalist for the PEN/Hemingway award while The Last American Man was a finalist for both the National Book Award and the National Book Critics Circle Award.

Asiya Zahoor has written books and articles on the literature of exile, Kashmiri literature, and psycholinguistics. Her film, The Stitch, has won the Critics Award for Best Film at the Second South Asian Film Festival. With the recent abrogation of article 370, listening to voice from the valley becomes important.

8. The Five: The Untold Story of the Women Killed by Jack the Ripper: Hallie Rubenhold in conversation with Bee Rowlatt

Hallie Rubenhold is a bestselling author, broadcaster, social historian and content consultant for TV and film. Her latest book, The Five, has been longlisted for the prestigious Baillie Gifford Prize and shortlisted for the Crime Writers Association Gold Dagger. It is the first biography of the five victims of Jack the Ripper which writes and reclaims the narrative in favour of the women, rather than the murderer.

9. NATIONALISM, POPULISM AND THE FATE OF THE WORLD: Simon Schama introduced by Frank Dikotter

Simon Schama is a University Professor of Art History and History at the prestigious Columbia University and a Contributing Editor to the Financial Times. Sir Simon is the prolific author of 19 multi-awarded books and the writer-presenter of 50 documentaries on art, history and literature. He sits down to discuss the current fever of Nationalism that has swept the world for good or bad at the JLF 2020.

Marcus du Sautoy is the Simonyi Professor for the Public Understanding of Science and Professor of Mathematics at the world-renowned University of Oxford. He is also the author of six books, including the recent best-seller, The Creativity Code.

Shubha Mudgal is a master of the Hindustani classical genres of khayal and thumri-dadra. With deep roots in the mystical and diverse world of Indian music, Mudgal has been a student, performer, teacher, composer and columnist for several decades. Together they will deliver a unique perspective on creativity and creative life at JLF 2020.

Follow Rajasthan Studio on Instagram for more amazing travel content. Reach out to us on email at contact[at]rajasthanstudio[dot]com. This blog is curated by Rajasthan Studio and written by Aseem Bhatia.