Salute to the Patriots of Rajasthan! 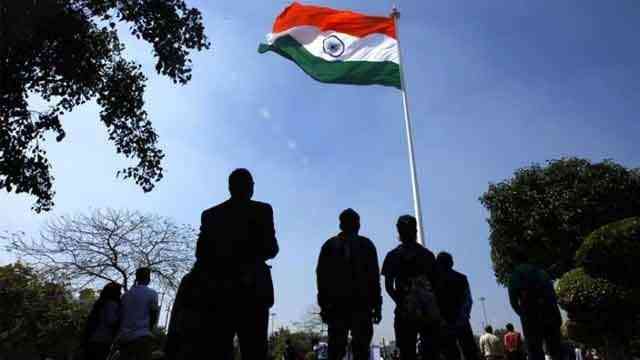 From magnificent forts and sprawling palaces to resplendent deserts and shimmering lakes, Rajasthan’s grandiosity is almost impossible to quantify in mere words. However, the contribution of Rajasthan in the freedom struggle has been no less. From fearless women who fought for the socio-economic development of their fellow citizens to men who endured years of torture and imprisonment to help gain freedom for their country, the contribution of freedom fighters and patriots of Rajasthan towards India’s independence movement has been immense.

The wife of Manikya Lal Verma, Narayani Devi Verma, was a freedom fighter from Mewar. A brave warrior who fought against social injustice and stood up for the rights of the Dalits and downtrodden sections of the society. In 1942, Britishers imprisoned for her participation in the Quit India Movement, and in 1944 she established Mahila Ashram in Bhilwara. She also served as a Rajya Sabha member between 1970 and 1976.

A Braveheart of the Indo-Pakistan War of 1947, Colonel Kishan Singh Rathore is one of the prominent gallantry award winners from Rajasthan. Colonel Rathore received Maha Vir Chakra for his heroic deeds. He hailed from Ghadsisar, present Sardarshahar, in the Churu district of Rajasthan. They recruited him into 1 Rajput/4 Guards unit, and on 20 August 1969, thereafter promoted to the rank of colonel.

An Indian independence activist and one of the prominent female freedom fighters of Rajasthan, Janaki Devi Bajaj not only fought against the atrocities faced by the oppressed but also raised her voice for women empowerment. She was wife of Seth Jamna Lal Bajaj. Also, worked for the development and protection of cows and was a close associate of Vinoba
Bhave, the acclaimed Indian philosopher and an advocate of nonviolence and human rights. In 932, Britishers Janki jailed Janki Devi for participating in Civil Disobedience Movement, and in 1956 she was awarded Padma Vibhushan, the first Rajasthani recipient of this award.

One of the greatest patriots of Rajasthan, Sagarmal Gopa, was a freedom fighter and an active participant in the non-cooperation movement of 1921. He was staunch opponent of the anti-people policies adopted by the then rulers of Jaisalmer. As a result, the rulers expelled him from the city for his activism against the same. They exiled him and even he continued working for the freedom movement. On 25 May 1941, thereafter, he was arrested in Jaisalmer because his father’s death brought him back to the city. He faced rigorous torture for years. Subsequently, they burnt him to death on 4 April 1946. In 1986, the Government of India issued a postage stamp in his honor. Not only postage stamp but also the government named a branch of Indira Gandhi Canal.

Did you know?- Indira Gandhi Canal is the largest canal in India.

A member of the first Lok Sabha and one of the heroes of Rajasthan, Daulat Mal Bhandari was the Chief Justice of Rajasthan High Court and an active participant in India’s freedom struggle. During the partition struggle, Daulat Mal Bhandari played a crucial role in rehabilitating Sindh and Punjab refugees. He also organized the Praja Mandal Movement in Jaipur.

A social reformer and a freedom fighter, Swami Keshwanand was one of prominent patriots from Rajasthan. Profoundly moved by the hear trenching tragedy of the 1919 Jalianwalla Bagh Massacre. Subsequently, he joined the Indian Independence Movement under the leadership of Mahatma Gandhi. He took part in the Non-Co-Operation Movement and hence the Britishers imprisoned for two years for the same in Ferozepur.

The Independence era was a prominent chapter in the history of India and the patriots of Rajasthan had a tremendous role to play in helping us achieve this. These brave warriors will forever remain an inspiration for us and serve as a reminder of our country’s profound greatness.

Follow Rajasthan Studio on Instagram for more amazing art and travel content. Reach out to us on email at contact[at]rajasthanstudio[dot]com. This blog is curated by Rajasthan Studio and written by Shivali Rai.